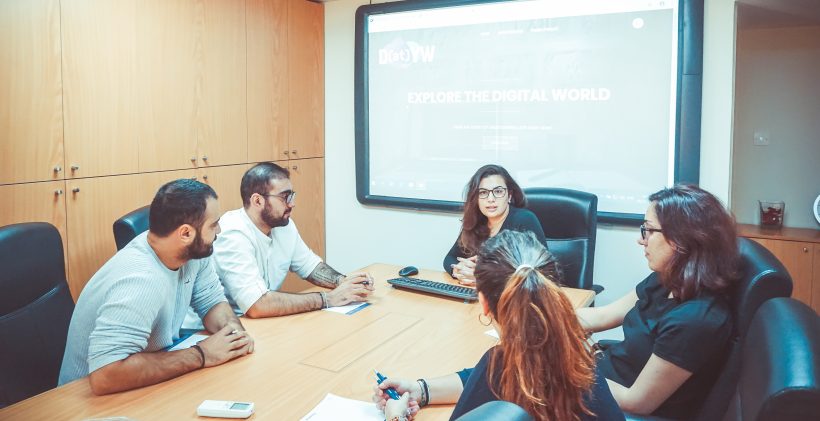 Between the 5th-8th of November 2019, a number of Young People, Youth Workers and Employees were contacted to organise a focus group. Unfortunately, we could not find a common day and hour for everyone so 4 2-hour sessions were organised. The sessions took place at Emphasys Centre, in Nicosia, Cyprus with 2 Employees, 2 Young People and 2 Youth Workers.

The purpose of the focus group was to introduce the Digital@Youthwork project to them (as they are the direct target group of the project), verify/compare the findings of the surveys that were conducted previously, and to present the recommendations from the participants, that will be helpful and constructed for the Digital Framework.

As mentioned previously, as we could not coordinate all participants in one session the main form of the focus group took the form of a discussion. As a starting point an introduction to the project was made and the website was presented. It is worth mentioning that the website received very positive feedback, as one of the proposed topics was website design, which inspired interest to that specific module. This was a good starting point for the conversation as it led to 3 participants discussing Digital Marketing, which they thought was the next step in promoting services etc, that having those skills could be good for their careers.

The discussion easily led to the results of the surveys. We first discussed with the young people website design and Digital marketing as they were the first topics to gain interest and have an impact. How important it would be for someone who might want to start their own business and could probably not be able to afford a professional to do this for them.

They would prefer a combination of face-to-face teaching along with testing and doing their own thing at home. As for the Youth workers, they mentioned that they mainly preferred face-to-face trainings in general as they connect better with the Young people, but some independent time would be a good idea as this is a very visual topic. Employees agreed that both skills are very useful to have as there is a gap in Cyprus, and that companies cannot find a person that can do both very easily.

As for Social Media, young people do find it fascinating but would not want to do a module on it as it is something, they are familiar with. They would rather see how they could advertise via social media. Employees and Youth workers agreed that they weren’t sure if social media would be useful in the working environment, but marketing would be a good area to explore.

In addition to the above, the chapter media design was then discussed and all 3 groups agreed that designing and using graphics is a great tool, but software like Adobe Photoshop is very expensive to purchase and open sources would be great to explore creative outlets. One Young person mentioned that it would be a great blend to learn to design digital media and combine it with website design.

We then later on discussed programming and robotics and showed some facilities at Emphasys as most of the people who attended the focus group, did not have a background in this area. They agreed that this is a very important topic as it is the base for so many industries, as knowing the basics doesn’t not seem enough anymore. We asked all 3 groups to elaborate on this. Employees mentioned that it must be difficult to find programmers/computer science graduates as there are many job advertisements looking for these skills constantly. The young people mentioned that it would be very useful to have as a skill.

After a short break, the job profiles were discussed. Regarding accounting and legal representatives, none of the participants expressed any interest in this, but were not surprised as all companies now have accounting departments and legal representatives as rules and regulations are constantly changing.
Health experts such as doctors and nurses is not a surprise as healthcare will always be needed no matter the economy.
IT specialists again was not a surprise, as all future professions demand IT skills. Computer science related fields are attractive as there is a lot of money to be made – such as developers etc.
Teachers, just like health experts are always needed, especially now as more and more people are coming to Cyprus looking for jobs with their families, so more students are attending the schools, hence the necessity for more teachers.

On a final note, we asked the participants to take into consideration the entire discussion and give us their opinion on the most important skills to have. The first skill mentioned was programming as they believe it is a main skill to have and could be a “window of opportunities” as they mentioned. The next skill mentioned was Digital Media and all categories around this topic, such as Website Design and Digital Marketing.

The questionnaire regarding their feedback was then distributed. The results regarding the location and time set for the interaction was positive as all participants replied YES. When asked if they felt that the overall interaction was educational 85.7% said it was and 14.3% said it was informative. When asked if it was productive everyone replied YES. Regarding their participation, they were asked to mark it on a scale of 1-10.

The participants were than asked to describe their most memorable moments of the session the answers varied. Some commented on the discussion between employees and youth workers on their views of the labour market and listening to the employees on the skills needed. The discussion seemed interesting according to one answer. The hospitality of the hosting organisation and coffee served was another comment received and also the projects’ website was commented.

Lastly, regarding future focus groups for the facilitators, no recommendations were given. The feedback was very positive including comments such as to keep doing what they do, organise more focus groups and one asked to keep their contact details for future reference.

To sum up the focus group sessions, the participants agreed that Programming is probably the most important skill to have, taking into consideration the gap needs in Cyprus. In terms of their personal interests Digital Media design along with Website Design and Digital marketing are topics they are mainly interested in. So, the focus group session compliments mainly with the findings of the surveys conducted already by the consortium.